Yesterday, Aliisa from Save Bomb Girls attended the Ajax Bomb Girls Legacy Campaign Sail-a-Bration dinner event in Oshawa. In the presence of the guests, among them real life Bomb Girls, our $2,200 cheque was ceremoniously handed over to the Ajax campaign. After an introduction of Save Bomb Girls, the Ajax Bomb Girls Legacy Campaign conveyed their gratitude with a short speech and lots of handshakes. We’d like to pass this on to all the fans who helped, because it was largely your generous donations that made all of this possible.

Also in attendance were cast members Charlotte Hegele, Carlyn Burchell, Lisa Norton and Gabe Grey. Aliisa got to meet them, and we have very lovely photos for you below: 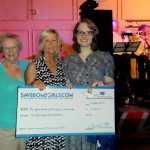 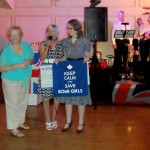 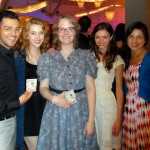 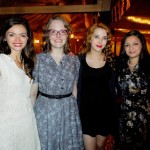 Carlyn and Charlotte with Aliisa and her friend